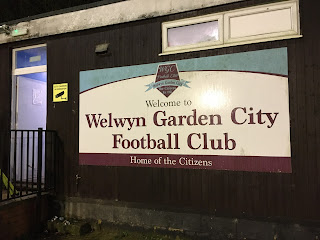 WELWYN GARDEN CITY were already on their best ever cup run, and they extended it further by progressing to the 3rd Round of the FA Trophy with a 2-1 win against Burgess Hill Town at Herns Lane.

The Citizens looked in no danger with 20 minutes remaining, leading 2-0 thanks to first-half goals from Lee Close and Carl Mensah.

But a goalkeeping error in the 73rd minute allowed Nathan Cooper to pull one back. And with WGC then reduced to ten men after Mensah received a second yellow card, they had to survive a scare when the visitors had a goal disallowed for offside.

Deep into stoppage time, a brilliant save from keeper Charlie Crowley, making up for his earlier error, kept the Citizens in front, and clinched a home tie against Aldershot Town of the National League on Saturday.

Close had given WGC the perfect start, his sixth-minute header from a corner putting his team into an early lead.

Before the half-hour mark, Mensah doubled the lead in style, his 25-yard strike finding the net after Hillians' keeper Alfie Jones had punched clear.

The visitors had shown few signs of getting back into the tie, until home keeper Crowley misjudged an inswinging corner in the 73rd minute, allowing Cooper to score from point-blank range.

Mensah's evening turned sour five minutes later when he was shown a second yellow card for a clumsy challenge.

Suddenly the tie was in the balance. A disallowed goal for the Hillians, ruled out by the linesman's flag, added to home fans' nerves.

It was Crowley's brilliant save, diving low at his near post to keep out a fierce strike two minutes into stoppage time, that proved to be the final scoring chance of an entertaining cup tie.

Welwyn Garden City FC will celebrate its centenary in 2021. Although some of the celebrations will have to be put on hold due to the ongoing COVID restrictions, this Saturday's home tie against Aldershot Town, a Football League club as recently as 2013, will certainly be a day to remember at Herns Lane. 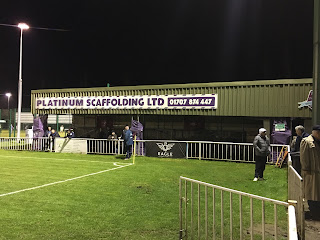 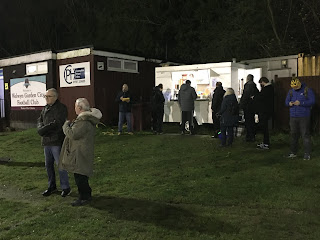 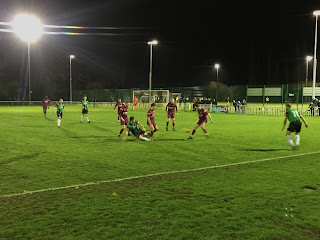 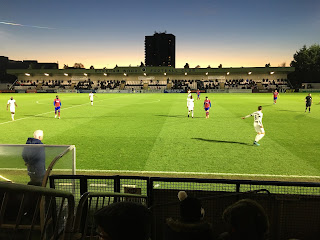 FOR the first time since February 29th, Meadow Park opened its doors to supporters, and Boreham Wood made it a day to remember, sealing a 3-2 win against Aldershot Town thanks to a late goal from Sorba Thomas.
Numerous COVID procedures had been put in place to allow for the safe return of an all-ticket crowd into the ground, including compulsory face masks and socially-distanced seating.
This was also the day the club paid its respects to two club legends who passed away recently, Micky Jackson and Micky Lennon, the whole ground observing a minute's applause before kick-off.
Wood had raced into a two-goal lead with just a quarter of the game gone, a penalty converted by Kab Tshimanga and shot from the edge of the box by Gus Mafuta setting Luke Garrard's team on their way.
But Wood were pegged back before the half-hour mark when Shadrach Ogie's 40-yard shot flew past keeper Nathan Ashmore with the help of a deflection.
Growing in confidence, the visitors drew level eight minutes after half-time when the unlucky Jamal Fyfield turned a cross from the left into his own net.
The clock had ticked past 87 minutes when Ashmore launched one of his trademark targeted long kicks downfield for Thomas to run onto. The 21-year-old, already on the radar of Championship clubs, got to the ball just ahead of opposing keeper Brad James, before slotting calmly into the empty net.
Thomas would earn himself a yellow card for his goal celebration, running to celebrate with the fans at the front of the North Bank. Whatever social distancing was being observed on that terrace was forgotten for at least those few moments.
The late winner though felt like a fitting end to the day on which the fans had returned to Meadow Park.
Match highlights 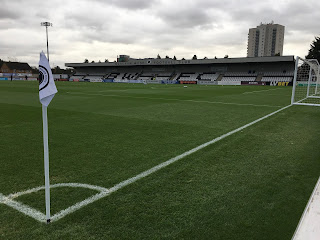 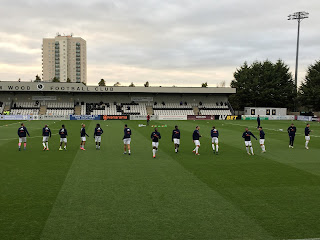 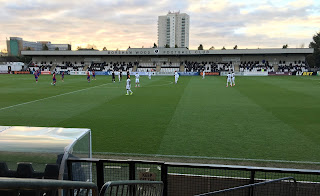 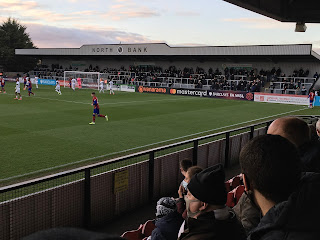 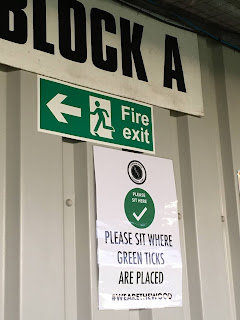 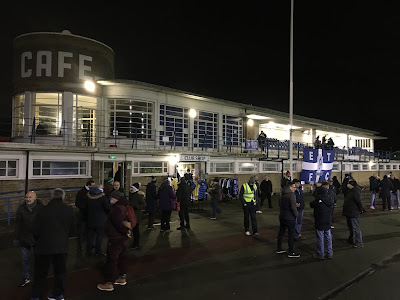 ENFIELD TOWN's first competitive match in five weeks may well be their last for at least another five, as the Towners were beaten on penalties by Maldon & Tiptree in this FA Trophy tie at the QE II Stadium.

The home team had looked on course for the second round, leading 2-0 inside the last quarter of an hour, with goals by Jeremiah Gyebi and Sam Youngs.

But, after Shomari Barnwell reduced the deficit to 2-1, Hamza Kaid's stoppage time equaliser sent the tie to a penalty shootout, where the visitors emerged as 4-3 winners.

On a chilly night under the floodlights in north London, Enfield Town included newly-signed Adam Cunnington in the starting line-up. Inside the first 20 minutes, the former Billericay Town striker looked to have marked his debut with a goal, but his downward header was brilliantly turned around the post by keeper Ben McNamara.

Minutes later, Josh Urquhart sent a free header over the bar from Lewis Taafe's corner, and Billy Bricknell was also twice denied by McNamara before half-time.

The Towners did break the deadlock just before the hour mark, when a long throw-in from Lee Chappell on the left was headed in at the near post by Jeremiah Gyebi.

The lead was doubled with three quarters of the game played, and again Chappell was the provider, his cross towards the far post headed home by Sam Youngs.

On 77 minutes, Bricknell was again denied by McNamara, and from a swift break downfield, substitute Barnwell cut in from the left and found the net to set up a nervy finish.

Home fans were left stunned two minutes into stoppage time, when Kaid took advantage of hesitancy in the Towners' defence to slot home a cross from the right and take the tie to penalties.

With many Towners' supporters still hot-footing it towards the eastern end of the ground where the penalties were to be taken, Sam Hatton, on as a late substitute for Bricknell, hit the post with the first kick.

The full sequence of penalties:

With clubs at Step 3 and 4 having voted to keep the league season suspended for now, it remains uncertain when the QE II Stadium will host a first-team game again. In all probability, this will be Enfield Town's last competitive game until at least January.

The unexpected November break saw manager Andy Leese lose two of his top players - Ryan Blackman and Lyle Della-Verde - to National League South side Welling United. The writing may also be on the wall with Percy Kiangbeni, who this week began a dual-registration agreement with Braintree Town.

Uncertain times then. We have to wait and see what the government will allow and what the clubs decide in the next few weeks.